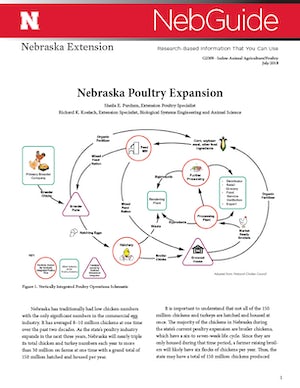 Nebraska has traditionally had low chicken numbers with the only significant numbers in the commercial egg industry. It has averaged 8–­10 million chickens at one time over the past two decades. As the state’s poultry industry expands in the next three years, Nebraska will nearly triple its total chicken and turkey numbers each year to more than 30 million on farms at one time with a grand total of 150 million hatched and housed per year.