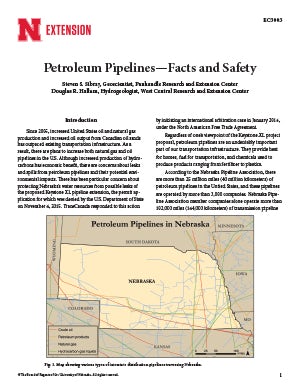 Since 2005, increased United States oil and natural gas production and increased oil output from Canadian oil sands has outpaced existing transportation infrastructure. As a result, there are plans to increase both natural gas and oil pipelines in the U.S. Although increased production of hydrocarbons has economic benefit, there are concerns about leaks and spills from petroleum pipelines and their potential environmental impacts. There has been particular concern about protecting Nebraska’s water resources from possible leaks of the proposed Keystone XL pipeline extension, the permit application for which was denied by the U.S. Department of State on November 6, 2015.